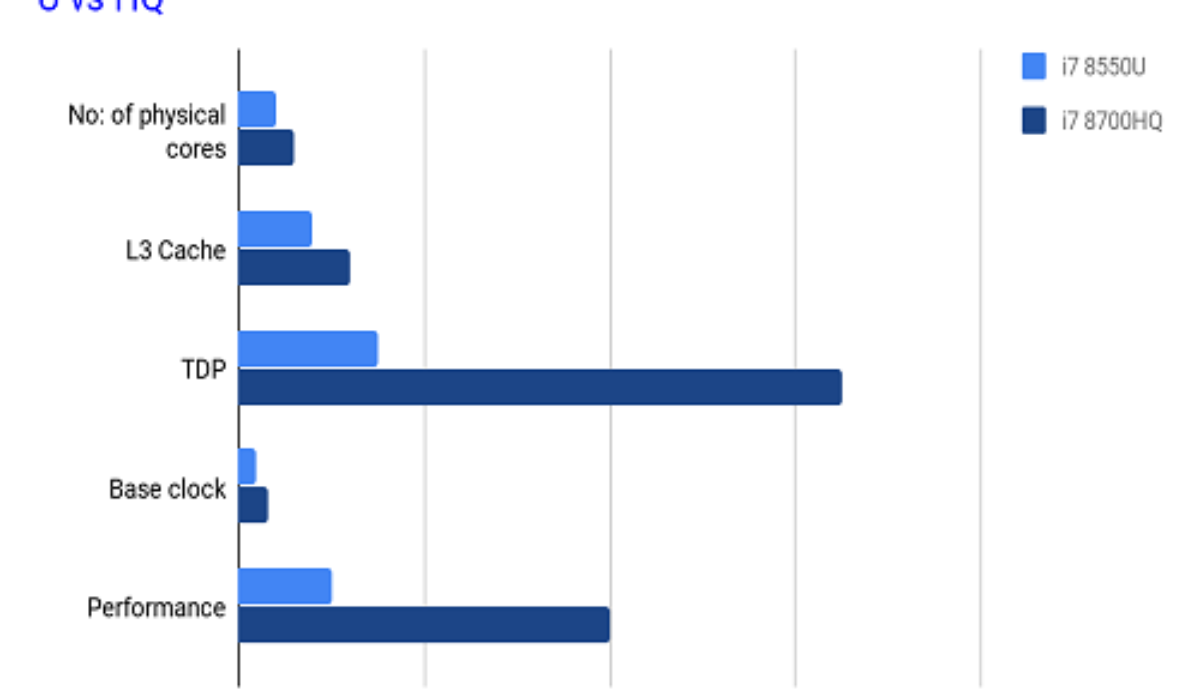 Processors are the brain of the computer.

It carries out instructions supplied by a computer program. The faster the processor can compute these instructions, better will be the performance of the computer.

While purchasing a laptop, the first thing that anyone of us would care to ask is about the processor.

Most of the laptops available in the market at present come with a U series or an HQ processor from Intel.

In this article, we’re going to discuss these two processors in detail to give you a good estimation of their performance. 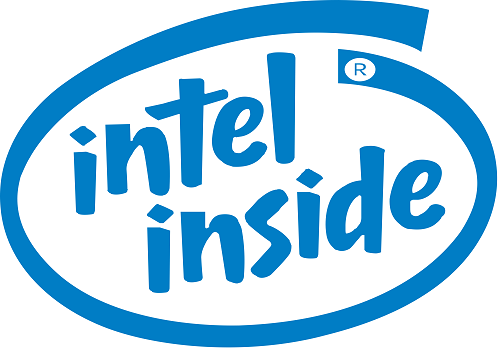 About  70% of the desktops and more than 90% laptops both new and even refurbished laptops in UAE  sold in the market at present features an Intel processor inside.

So it’s logical to discuss various types of Intel processors featured in the laptops as of now.

There are mainly two variants in use – the low powered U series and the better and beefier HQ series processors. What’s the catch? Let me explain.

But before that, there are certain tech jargons associated with processors that you might want to know before jumping onboard. Without this, you’d be beating around the bush while reading this article. Rest assured, this is just a short read.

The term core refers to the central processing unit of the computer – the brain. A processor might have multiple cores in them, at least two cores. It means that each of the core acts as a separate CPU which is capable of performing different tasks, simultaneously side by side.

Most of the laptops in the premium budget as well high-end category comes with four core processors. This makes them capable of performing various tasks at once without slowing down.

Hyper-Threading is a technology patented by Intel to improve the efficiency of parallel computations. Feeling lost? Don’t worry. We’ll simplify it for you.

Imagine a processor with two physical cores. Hyper-threading technology will divide the physical cores logically to make them act like a quad-core processor.

That is, a dual-core Intel processor with hyper-threading technology will behave as if it is a quad-core processor. Remember, this technology only improves the efficiency, it doesn’t match the performance of actual physical cores.

Clock speed is defined as the rate at which a processor executes instructions from a program. As a thumb rule, higher the clock speed, faster the processor can perform. 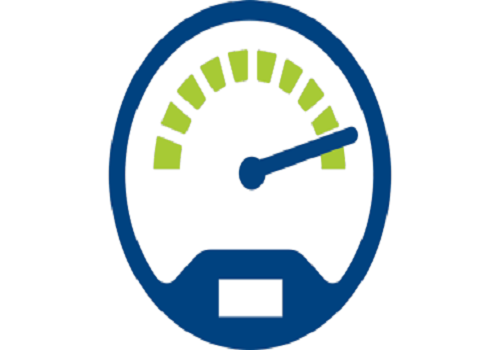 The turbo-boost feature is more like an adrenaline rush to the processor when it detects a need for more computing power. This feature is only available on the Intel Core i5 series and upwards.

Cache in simple words is like a small amount of RAM on the processor. The cache lets the imminent tasks to be saved in the memory and directly pulled off by the processor when needed. More the amount of cache, better will be processor performance.

The U series processors 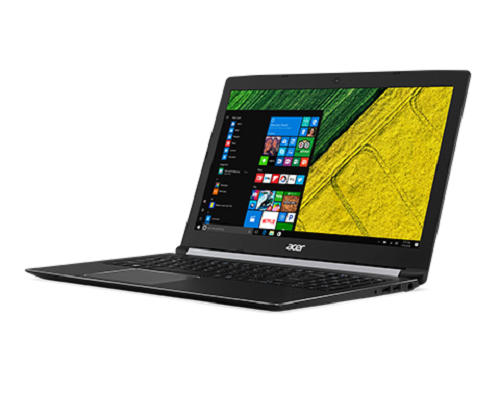 Intel’s naming convention for the processors follows a particular pattern. Take for example the Intel Core i7 7500U, from the last suffix U, we can conclude that this is indeed a mobile low powered processor. The i7 stands for the brand modifier, the 7 after that indicates the generation, and the 500 is the SKU (Stock Keeping Unit) code.

What is U Processors?

U simply stands for Ultra-low powered. Up until the Intel seventh generation, the Ultra-low powered U series chips came with two physical cores. This was enhanced to four virtual cores by Intel’s patented Hyper-Threading technology.

HQ stands for High-performance graphics. HQ processors feature 4 physical cores and up to eight virtual cores with the aid of Hyper-Threading. The additional two physical cores let this processor perform much better than the U series processors.

U vs HQ – The numbers

If your laptop use comprises of just casual browsing and media consumption, having a U series processor is just fine. The latest eighth generation U series processors from Intel coupled with the integrated UHD graphics can stream 4K videos with relative ease. 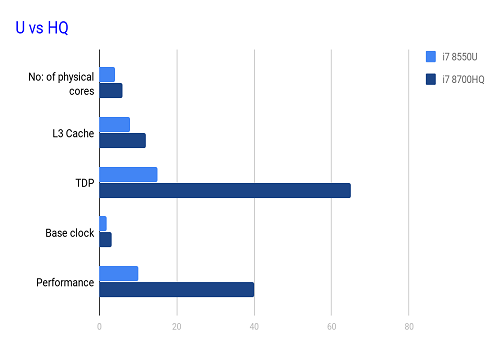 If your prime motive on a laptop is resource-intensive tasks such as video editing or gaming, then make sure you choose an HQ-series laptop over the U any day. The extra physical cores will definitely boost the performance of your pc upto 3x.