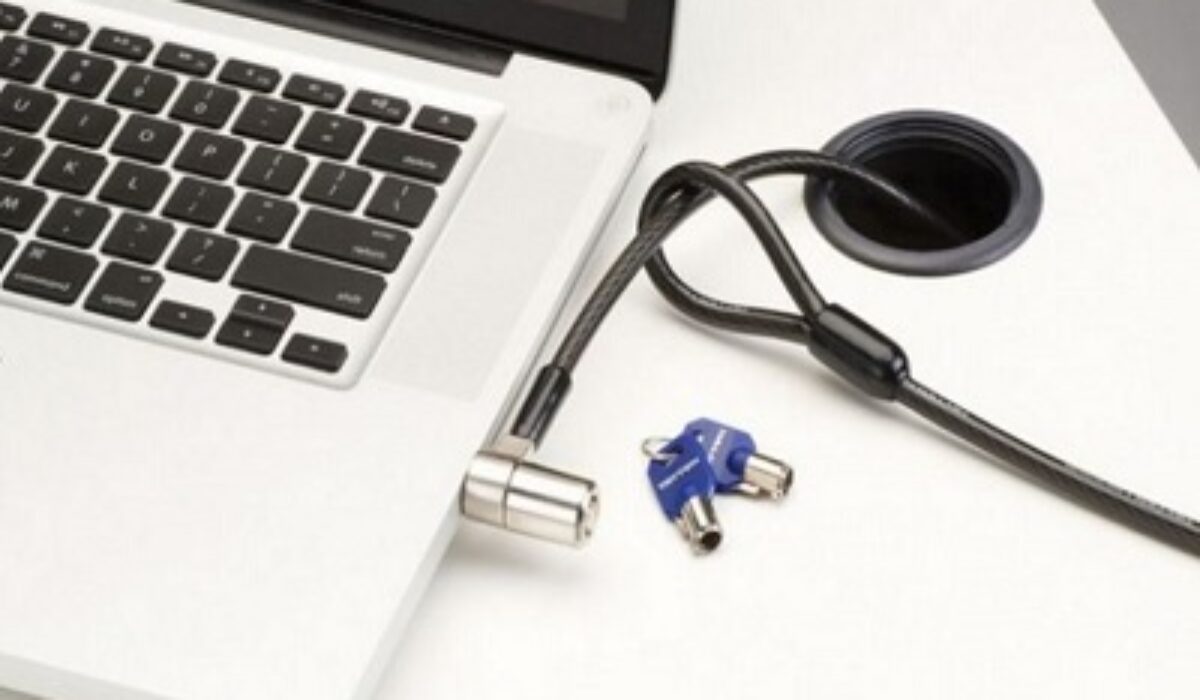 With laptops being a very important thing nowadays, stealing them is no longer an uncommon occurrence. However, this doesn’t mean that laptop owners should just let this happen without doing something. The fact is that there is already a way to prevent laptop theft without having to spend much in the process.

Locks specially made for laptops have already been around for a long time as evidenced by the portable computer itself. Most laptops manufactured today have these small holes wherein a “lock” may be inserted to keep the device in place. This lock is then attached to a thick cable that may be fastened to a stationary object, thereby making sure that no one would dare steal it. Although this isn’t the only type, the cable lock is the most popular simply because it allows owners to use the device while keeping it locked. There are a various amount of these laptop locks available on the market

Although it may not seem to at first, locks are actually very hard to render useless. Locks may be utilized using a number of combination or a special key, making it very hard to unlock for those who do not have the requirements. At the same time, the attachments – like the cable – are made from durable materials that would take time and patience to crack. However, the main reason why locks prevent theft is because it discourages the thieves from taking the device. More often than not, just the idea that the device would be hard to grab is enough to keep robbers away from laptops. By using a lock, the chances of a device being stolen is dramatically lowered down, giving owners a small reprieve. The Different Types of Laptop Locks

The most common type is the cable lock that basically attaches the laptop to a desk or furniture while still allowing for its use. The current models of laptops today come with slots where locks may be inserted inside and secured using either a combination code or a key. These are then attached to a cable and the cable attached to something sturdy and stationary.

As the name suggests, a case lock focuses on the case rather than the device itself. These models may work by locking the zipper of the case itself of securing the laptop directly inside the case. Either way, thieves are deterred just by seeing how difficult it would be to use the device once it is stolen.

The downside of this lock is that it doesn’t really allow the computer to be used. Basically, a cable is wrapped around the laptop, secured by a lock, thereby preventing anyone from opening the device. Like the others, this method discourages thieves from stealing an unusable device. Currently, there are different brands of notebook and laptop locks available on the market. Although all of them are effective, it is important to take note of some factors during purchase. These include the fit of the lock, the durability as well as the thickness of the cable. The best way to do this is to research the locks that are made special for a model rather than going for the universal type. By taking these factors into consideration, choosing the best lock for a portable computer would not be a problem at all.

The Best Laptop Lock for Macbook

When buying a laptop lock for an Apple laptop, it is important to first consider the fit of the device. Compatibility between the lock and the device is actually the main thing every owner should look out for, making it vital to choose locks for an Apple brand carefully.

Fortunately, there are many locks specially manufactured to cater to the Apple product line. The most common lock types used for an Apple are the case and cable locks. The first one basically secures the device to the case, rendering it unusable when stolen, hence preventing laptop theft. The latter is inserted to a spot in the laptop and attached to a cable which will then be connected to a stable material, anchoring the device.

This type basically uses a key rather than a combination to attach and detach the device. Like the combination lock, the model is also compact and slight for ease of use. Being key-operated, manufacturers have made sure that the device may is resistant to being picked, increasing protection for the user.

A locker type container for Apple laptops is also available, usually ideal for more than one user. The locker usually comes with more than one key and is mainly used for laboratory or school activity purposes.

The combination lock is basically a cable type and is used using a series of numbers. The device is resettable, allowing users to change the combination whenever it suits them. At the same time, the model has various features including an incredibly thick steel cable that effectively anchors the device in place. Most of these combination locks are compact and come in just one piece, making it extremely portable and easy to use. Basically, choosing the best lock for an Apple laptop comes down to how the user wants to really protect their laptop. From there, the choices are unlimited, allowing users to browse as much as they want without worrying whether the fit would be exact. This is because most Apple laptops come with the same fitting slot for a lock, essentially making all of them the best.

Of course, although locks are very effective, it is still important to remain vigilant when it comes to the device. Hence, the installation of additional protection and safety alarm devices is also possible. Keeping the device within sight all the time would also be a big help in keeping theft at bay.

All in all, laptop locks can be very useful when it comes to preventing theft although additional protection measures would great in the long run.