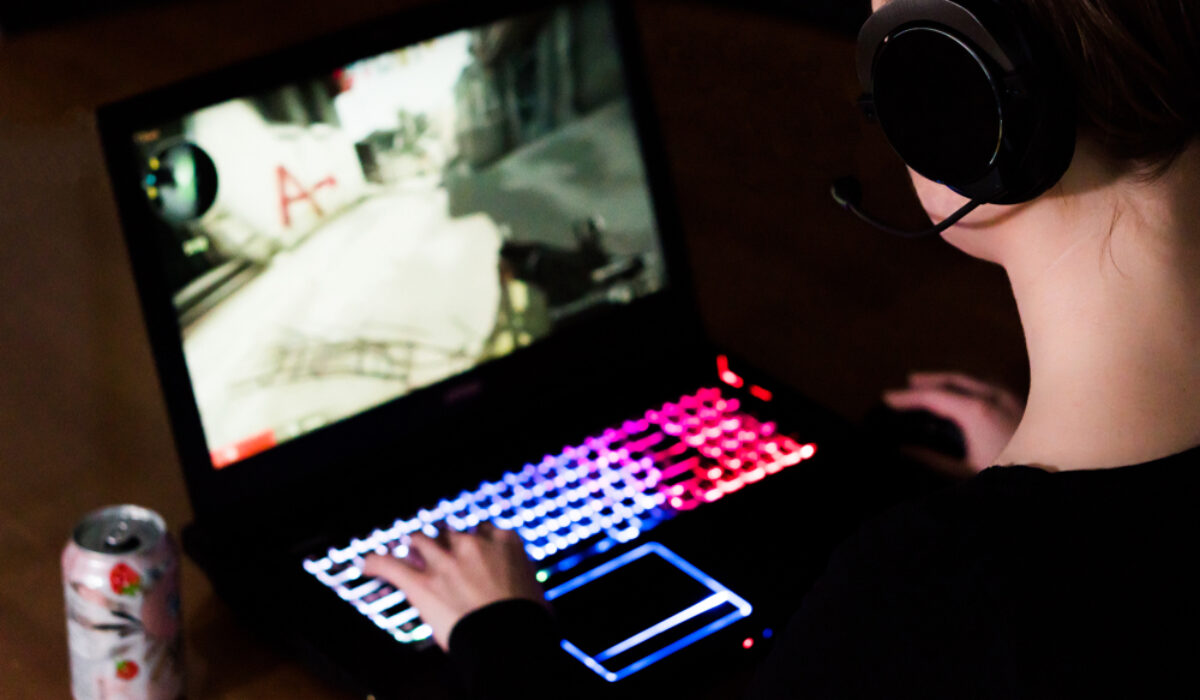 The best and most budget-friendly gaming laptops can provide an incredible experience to a gamer on the go, for reasonable prices they come with great performance. Gamers have opted out of using older hardware at this point because of which companies have had to develop graphics cards and processors that fit the budget constraints of gamers, all while providing optimal performance to run modern triple AAA titles.

However, these laptops are hard to find, and even harder to choose which one you want. Once you find a list it only leads to more and more confusion for you as a buyer. So we have streamlined this process for you to give you a proper idea of what you should buy based on your budget restrictions. These laptops will be handpicked out of a plethora of others out there just to fit the budget gaming laptops category, and you can pick which one you want based on your budget constraints or preference! Let’s get right into the article!

Starting off our list is this bad boy, ACER NITRO 5 is one of the best budget gaming laptops. Priced under $800 it is an extremely cheap laptop, it comes with an Intel Core i5-10300H Processor which is just state-of-the-art hardware for a laptop. It has an insanely large battery life, a graphics card that keeps up with even the best of the best games being released now. This is a must-buy if you have a small budget constraint.

You can save up to $300 on BestBuy for this laptop and price it around $800. This is an extremely cheap price for this laptop because this one comes with some of the best specifications, a 10th generation processor, and a modern GPU that can outrival even very expensive laptops. It also comes with a 512 Gigabyte SSD and 8 Gigabytes of RAM. Just a solid package overall for everyone that needs a budget gaming laptop for themselves!

The Dell G7 15 version is one of the best budget laptops in the market at the moment because of its insane amount of RAM, its incredible GPU, and the fact that it has a modern 6 core processor. The GPU also comes with a whopping 6 Gigabytes of VRAM which is just insane when it comes to laptops in general. The laptop can push out a maximum amount of frames per second, as good as most gaming PCs and it is just awesome to see that in a price range of just $850 on DELL’s official website.

This laptop is a beast, it comes with 16 Gigabytes of RAM and it comes with a pretty neat GPU too, a 1050Ti with 4GB of VRAM. The processor is an i7 8th generation with huge storage of a 1TB HDD and a 256GB SSD on the side for faster windows load times. This laptop is a must-buy as it comes SUPER cheap at the price of only $877 on Amazon. It can run almost all new games at their high settings, not quite ultra but when we’re under budget constraints can we really complain that much?

The ASUS TUF is one of the best choices out there for budget-based gaming. The 1650Ti more than easily serves its purpose with triple AAA modern games and the AMD Ryzen 5 R5-3550H processor is a step up from most processors that people have, the RAM is 8GB which is very fair because it is DDR4 and runs buttery smooth. The SSD is the real takeaway here and that is more than enough for anyone’s gaming experiences. This laptop will serve you well whether you’re a hardened PC veteran or a console player trying out the gaming scene on Windows.

The HP Gaming Pavilion is one of the best entry-level gaming laptops with some of the BEST specifications out there in the market, this one is the last on the list because it has some of the best specifications in terms of sheer graphical power. With an AMD Ryzen 5 4600H Hexa-Core (beats the i5-10300H by Intel) processor chip and an NVIDIA GeForce GTX 1650 GPU, this laptop can take on even the most stressful games at their highest settings on a proper 1080P resolution with absolute ease. This laptop is a beast overall and just a perfect pick-up for anyone who games on PC or wants to start gaming on their PCs. Just a proper functioning beast with an extremely powerful SSD to back it up to boot, and you can always connect an external HDD or SSD to it to give yourself more storage space if you want.

This was our list of some of the best handpicked laptops that are great for gamers who are under a strict budget restriction. Some of these will get you optimal performance but some of these will quench your thirst for gaming for years to come. Spend your money wisely, depending on what you want, but these laptops are some of the few that you simply can’t go wrong with!