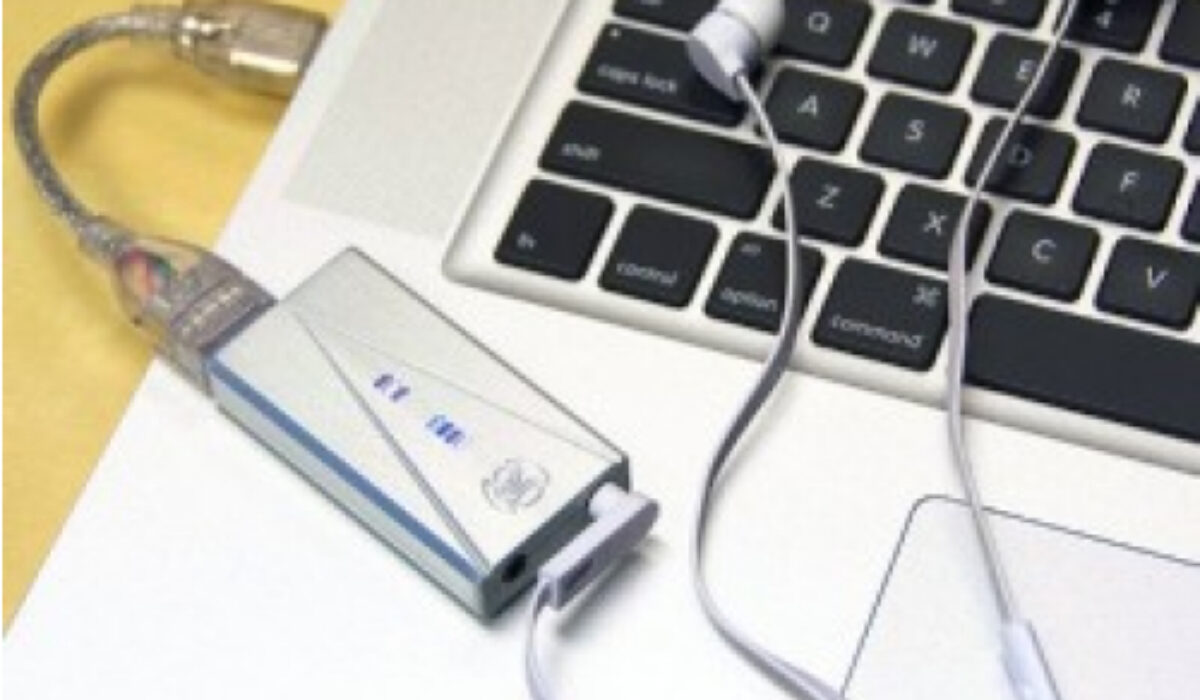 If you’re looking for a digital headphone amp for your Mac, you have a number of options. The latest is Light Harmonic’s Geek Out DAC 450, which the company says crams the same tech used in its desktop DACs into a USB stick. Some stick: the unit is about the size of a large USB drive, encased in aluminum. It provides two outputs: one for high-impedance cans (up to 60 ohms), which can also act as an output for line-level inputs; and one low-impedance jack for your ear buds. On the side are two buttons that control volume, and on top seven status LEDs. The build quality of our sample was fair, but no better than that. The volume buttons felt loose and rattled when we touched them, and the USB plug didn’t feel secure in our MacBook Pro’s socket. In addition, as Light Harmonics warns in the manual, the box gets very hot up to 70˚C. The Geek Out 450 has support for a sample rates up to 384 kHz at 32-bit, and will decode any audio ﬁle your Mac can throw at it. That sampling rate sounds impressive compared with competitors such as TEAC HA-P50, which tops out at 96 kHz and 24-bit. Whether your ear can resolve frequencies even as high as 96 kHz, however, is a moot point. And even if it can, getting hold of music recorded at 384 kHz is really quite diﬃcult. But we did ﬁnd some DSD ﬁles (the format used for Super Audio CD; the Geek Out supports DSD 64 and DSD 128) at 384 kHz/32-bit and tested them by playing them using the Audirvana Plus player. They sounded as stunning and immersive as anything we’ve ever heard from a digital recording. Playing a handful of ultra-high resolution ﬁles isn’t a good reason for most of us to fork out for a DAC. So we hooked up iTunes and played 44.1 kHz/16-bit ﬁles instead. And the improvement in those ﬁles between the Mac’s headphone jack and the Geek Out was huge. Mushy strings became bright and precise; whispered vocals were clearly audible. The music demanded to be listened to rather than just heard. The Geek Out 450 has one more trick up its sleeve, a DSP treatment Light Harmonic calls “3D Awesomiﬁcation.”  It’s subtle, but does widen the soundstage. Concerns about build quality aside, the Geek Out DAC 450 is very good, and is well-worth considering.